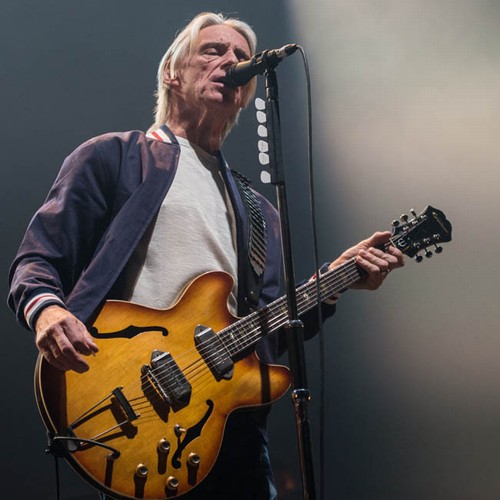 Paul Weller has claimed “everyone was getting off doing blow in the toilets” in the Band Aid video.

The former Jam legend was part of the star-studded lineup for the 1984 festive charity single ‘Do They Know It’s Christmas?’ and he admitted he felt awkward while he was filming the music video because of the amount of people doing drugs.

During a fan Q&A, he said: “That was horrible. Everyone was getting off doing blow in the toilets.

“It probably would have been all right for me in the ’90s but I wasn’t into all that then. I was totally out of my comfort zone.”

The 62-year-old star – who has been sober for 11 years after previously being hooked on booze – revealed he has felt more fulfilled with his music since quitting drinking.

He added: “I didn’t give up because of vanity – because the drink was bigger than vanity.

“Now, when I look back to before I stopped, I just think: ‘Christ, the state of me’. I looked a lot older, a bit puffy, red and just wrong.

“Since I’ve been sober I get more from music.”

Meanwhile, the singer – who recently released his latest studio album ‘Fat Pop (Vol. 1)’ – has admitted he “isn’t sure” if he’ll make another record.

Taking part in a Tim’s Twitter Listening Party session for his LP, he tweeted: “I don’t know if I’ll make any more records after this one; it’s hard to say at the moment. This is my 16th solo album! I can’t believe it!

“I often think that after I finish an album – there’s so much more involved in making/putting out albums these days.”

He continued: “The music business has changed so much in the last few years, I don’t really recognise it anymore.”

Paul believes that when streaming came along, people became less invested in albums.

He added: “Thankfully, there’s still great music being made and I’m sure that will always stay that way. But generally I don’t think people invest in music like we did before streaming/downloads etc.”