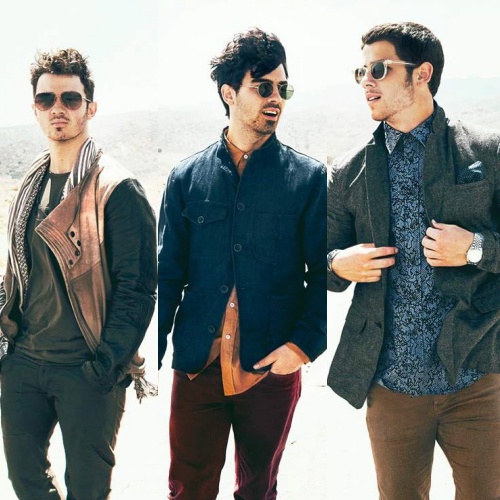 The Jonas Brothers have denied they are splitting up again and teased new music is in the pipeline.

The ‘Sucker’ hitmakers – comprising siblings Joe, Nick and Kevin Jonas – have quashed a recent report that suggested their reunion was “effectively over”, and told fans on Twitter that they have some “exciting stuff” coming up “together and apart”.

Marking the second anniversary to the day the trio announced their comeback (24.02.21), they wrote: “That day and every day that followed has meant everything to us Red heart Playing music together, getting back on the road, seeing all of your faces in the crowd, hearing your stories… Our 2019 (and even some of 2020!) was so special and it’s all because of how amazing you guys are … We have the best fans in the world and we love you so much! We all have a ton of exciting stuff coming (together and apart Winking face) and we can’t wait for you guys to hear all about it.”

The clarification comes after Nick announced his new solo single, ‘Spaceman’, while Joe was recently cast in the upcoming war movie ‘Devotion’.

In February last year, the siblings revealed they had been “working hard” on a new album, but coronavirus then hit before they could announce the record.

Nick said at the time: “We have been back in the studio with Ryan Tedder, working hard on the new record, which is going to be announced in the next couple of weeks — title, tracklist, all that.”