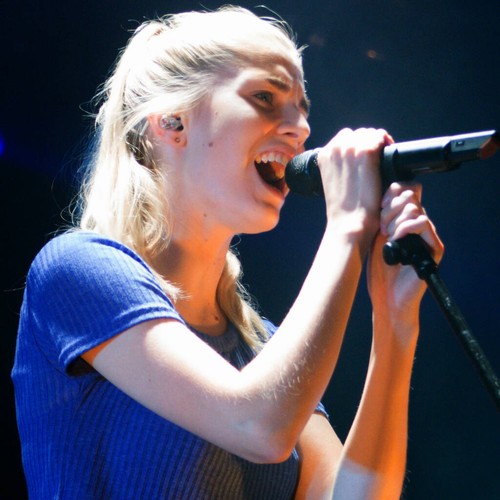 London Grammar star Hannah Reid has opened up about her struggle with fibromyalgia, revealing she suffered a health crisis while recording the band’s latest album.

The singer told NME.com she had no energy when the group started work on California Soil and could only record for “a few hours” a day.

“In between the first and second albums, I really worked on my health and got my health back, but then it relapsed,” Reid said, recalling: “When we started making the third album, I was also trying to really get to the bottom of where it was coming from.”

She continued: “at the start, I had no energy. I could only work for a few hours, sat down with a hand held microphone in the studio. But slowly I regained strength.”

Reid added that she attributed her improvement to “support I had from the boys” noting that her bandmate’s understanding boosted her recovery.

The condition, which causes chronic pain all over the body, kicked in during the tour for the band’s 2013 debut album If You Wait, and Reid admitted she would return home “completely depleted”.

“It’s kind of difficult to talk about to be honest,” she confessed, sharing: “It makes me feel incredibly guilty… especially in a time right now when people are really suffering, to ever talk about it (touring) being difficult.”

Reid is not the only star struggling with fibromyalgia – Lady Gaga also fights the condition.